The full transcript of the speech by President Michael D. Higgins on the presentation of the inaugural Galway UNESCO ‘City of Film/Ceantar Scannán’ Award.

I am delighted to be here on the eve of the first anniversary of the designation of Galway as an UNESCO City of Film.  I want to sincerely thank you for your most generous warm welcome.

[Galway’s designation as UNESCO City of Film last year is indeed an appropriate honour, and it recognises the dedication of many people in this area who have worked in the film sector for many years.]

The designation of Galway as an UNESCO City of Film marks a significant achievement for Galway and indeed for the Irish film industry. It is moreover a testament to the spirit of partnership, as I am aware that there were over fifty key partners who worked together to achieve this international recognition of Galway. It is a deserving accolade for Galway and it is also a mark of recognition for the many people, who down through the years have worked tirelessly for and in the film industry in this region. It is also a fitting testament to all of the great directors, producers, writers and actors who have made Galway their home.

Galway is now one of only five cities in the world to have been awarded the City of Film status under the UNESCO Creative Cities Network, the others being Bradford in the UK, Sydney, Australia, Sofia in Bulgaria and Busan in South Korea.

Culture is a force for dialogue, social cohesion, economic sustainability and creativity, and it remains at the heart of UNESCO’s mission. The audio visual sector provides natural alliances between education and culture and can play an invaluable role in informing, educating and promoting understanding within and between cultures.

Galway has joined with the only other Irish city in the UNESCO Creative Cities Network, Dublin, which received the status of UNESCO City of Literature in 2009. The UNESCO Creative Cities Network was created in 2004 to promote cooperation with and among cities and it has identified creativity as a strategic factor for sustainable urban development. The cities are now working together towards a common objective: placing creativity and cultural practice at the heart of their development plans at local level and cooperating actively at international level. It is appropriate that Galway now has the opportunity to form a key part of this global network.  There are lessons that already flow from the international discussion on culture and creativity.  Among the most important of these is that it is when the public space has been enriched by an open, professional, cultural policy that the best conditions for cultural industries can emerge and be sustained.

The objectives of City of Film are already being adopted by Galway, including the strengthening of the creation, production, distribution and enjoyment of film, the promotion of creativity and creative expression in film, the enhancement of access to and participation in film, especially among marginalised or vulnerable groups in society, and the integration of film into local development plans.  All of this affirms that a film is never simply a traded commodity but rather is a complex reflection of imagination, technical skill and aesthetic judgement.

I know that the designation will further enhance this existing work and provide the opportunity, with more partners and due recognition, to achieve your objectives with greater ambition.

This success has not come about overnight.  Thirty years ago film infrastructure in Galway, depended on the belief, dedication and sharing of skills and resources by just a few independently-minded people wishing to explore the art form for some to tell their stories against the magnificent backdrop of the surrounding region, for others to bring the pleasure of a European and world film to a wider audience.  The metamorphosis of the last thirty years has been remarkable.  Galway has been home to The Irish Film Board/Bord Scannán na hÉireann, the national film agency since 1993.  An Bórd Scannán has supported the production of 250 feature films, as well as short films and animations.  There is a welcome partnership too between TG4 and An Board Scannán.

There had been, of course, the use of the western region as a location for filmmaking. The tradition of filmmaking here stretches back to the turn of the last century. Shot on the Aran Islands Robert O’Flaherty’s landmark documentary, Man of Aran, recorded in 1905, won the Best Foreign Film category at the Venice Film Festival in 1934. Subsequently other international filmmakers, enticed by the beauty of the region to live and film here, include John Ford and John Huston. John Ford’s (nee Feeney) parents came from Spiddal and he is the only director to have won 4 Best Director Oscars.

Galway today boasts a large number of experienced film and television professionals who have learned their trade through the many productions that have been shot here.

Indeed, Galway is the biggest audio-visual hub outside of Dublin and includes many award winning companies such as Abú Media, Telegael, Eo Teilifis and Magamedia, as well, of course, as the national broadcaster TG4.

Galway’s designation as UNESCO City of Film thus reflects the strong heritage and predominance of film in the fabric of Galway society. This is due in no small part to the many talented Irish filmmakers who have been attracted to the area and become part of the cultural fabric, including Bob Quinn, Lelia Doolan, Joe Comerford, Martin McDonagh and John Michael McDonagh.

Film is a powerful art form.  It has its own potential as a cultural expression, of both memory and imagination.  It realises itself in an act of communication.  Thus has to be always privileged as we note the practical economic significance of being a City of Film.

The UNESCO designation offers huge potential for growth in the West of Ireland. The film sector is worth in the region of over €72 million to the local economy with over 600 full-time jobs.  In relation to the wider economy, employment levels within the overall audio-visual industry has a turnover of over €500 million, which has also increased to over 6,500 full-time job equivalents. This represents a 20% increase in employment in the sector from over 5,000 in 2008.

The audio-visual industry is delivering significant returns on investment in terms of direct contribution to the economy and employment. Much of this production activity is as a result of large increases in the area of independent television production, primarily driven by international high-end drama and animation such as “Vikings” and “Penny Dreadful”.

Freedom of expression is an important right and UNESCO continues to advocate for the harnessing of information and communication technologies, building knowledge societies and bridging divides. Receiving the designation of an UNESCO Creative City will ensure that Galway City and County will continue to embrace the values of UNESCO and to truly become a creative region in the most inclusive sense.

May I take this opportunity of congratulating the Director of Galway Film Centre, Declan Gibbons, both Local Authority Managers, for Galway City and County, Brendan Mc Grath and Kevin Kelly, along with over 50 key partners from across the West of Ireland, including Bord Scannán na hÉireann / The Irish Film Board, Galway Picture Palace, Galway Film Fleadh, Údarás na Gaeltachta, Abú Media, Studio Solas, GMIT Film and Documentary Department, Huston School of Film and Digital Media, The Whitaker Institute, NUI Galway, The Creative Europe Desk Galway, Cinemobile, EO Teilifís as well as individual filmmakers and film artists for supporting the bid process, including my life-long friend Lelia Doolan. Lelia, has been a stalwart for independent film production since the 1970s and has been a champion for many whose voices and stories were not being heard.  It is through her determination that Galway’s new dedicated art-house cinema, Galway Picture Palace, will open its doors next year.

Galway’s film institutions include this Galway Film Centre, TG4, the Galway Film Fleadh, the Telegael live-action film studio facility, the John Huston School of Film and Digital Media and the headquarters of the Irish Film Board. The UNESCO City of Film offices are now housed within Galway Film Centre, here in the grounds of Cluain Mhuire. I wish all the key organisations involved in the successful bid success as they work together into the future to maximise the potential of this unique global designation.

[To finish, may I congratulate everbody who is working in audio-visual media and to offer my blessings for your future endeavours. Thank you all very much.] 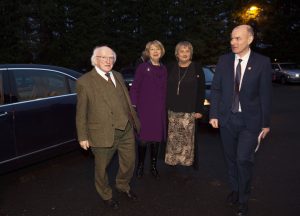 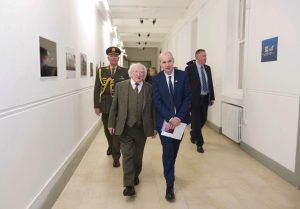 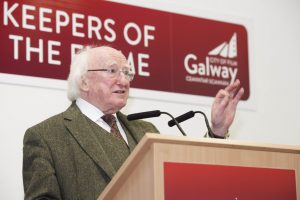 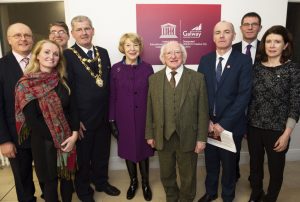 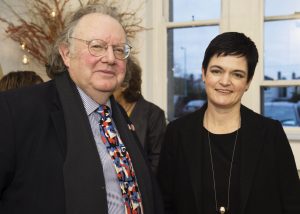 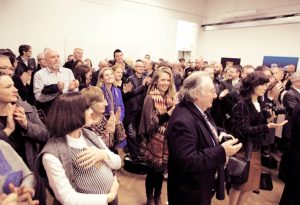 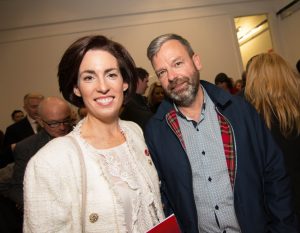 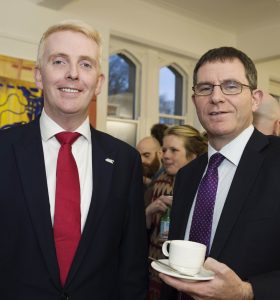 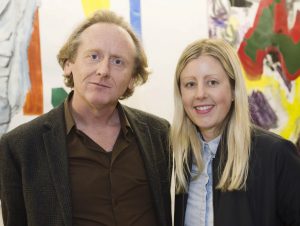 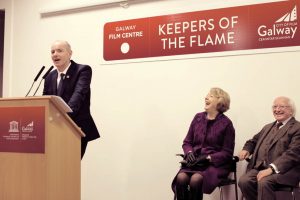