New Fund for Science Films in Galway City of Film

Under the Galway UNESCO City of Film designation, Galway Film Centre, in association with the Science Foundation Ireland Centre for Research in Medical Devices (CÚRAM), have just launched a partnership project called ‘Science on Screen’ funded through Science Foundation Ireland’s Discover Programme, which aims to facilitate, promote and increase the inclusion of science, technology, engineering and maths (STEM) content in Irish film and TV production. The Science on Screen project will 100% fund two 26 minute science films with a budget of €35,000.00 each. These two TV half hour programmes will be based around areas of research currently underway in CÚRAM.

Interested producers are invited to register their interest by contacting scienceonscreen@galwayfilmcentre.ie and are invited to attend an information day on Saturday February 27th in NUI Galway (10am – 1pm). This open day will be a chance for potential producers and filmmakers to hear first-hand from scientists working in CÚRAM who will give short presentations on key areas of research currently underway in the centre. There will also be a short networking session where filmmakers and scientists will get to meet informally.

After this initial briefing and introduction to the research by CÚRAM scientists, filmmakers will be invited to apply for the funding by submitting a treatment to Galway Film Centre by March 25th. Treatments will be assessed on a competitive basis and two filmmakers will be selected. The areas of research that filmmakers would be required to incorporate include the use of biomaterials and ‘smart’ implantable medical devices to treat and improve health outcomes for patients with spinal injuries, nerve damage, degenerative diseases like Alzheimer’s and Parkinson’s, osteoarthritis or cardiovascular disease. Creativity and an innovative approach to incorporating the subject matter will be highly valued in the application process.

The project aims to provide two experienced filmmakers with funding and access to leading scientists and laboratories within CÚRAM, as well as access to patient groups, to explore methods of scientific ‘story telling’ that incorporates aspects of current research being carried out by CÚRAM and its academic partners across Europe. Over 200 renowned experts in biomaterials, drug delivery, cell therapy, glycoscience and device design are working on blue sky research and industry projects associated with the research centre. Galway Film Centre are also in discussion with a broadcaster to air the finished films by November 2016.

Declan Gibbons, Manager of Galway Film Centre, said “we are delighted to be involved in this iniative which offers a very exciting and well funded opportunity to filmmakers. The research that is being done in CÚRAM is at the cutting edge of modern science and we hope that this work will inspire filmmakers to make films that are informative, creative and the start of a whole new wave of film and science projects. It also fits perfectly with our remit as a UNESCO City of Film, a core aim of which is to promote educational film projects.”

“We hope that the project will encourage greater collaboration between the research and filmmaking communities in Ireland” said Prof Abhay Pandit, Scientific Director of CÚRAM “there are a great many stories to tell that originate or are influenced by what happens in the laboratory and we look forward to working with filmmakers to bring them to the fore”.

For further information and to register for the Science on Screen Information Day at CÚRAM, please contact scienceonscreen@galwayfilmcentre.ie or call 091 770748. 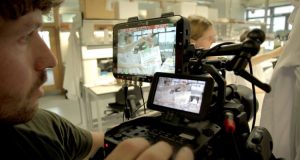 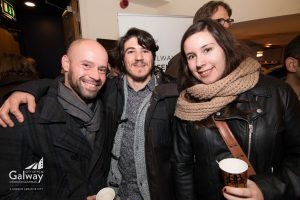 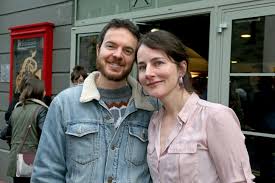 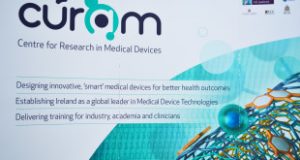