2020 vision as Galway chosen as European Capital of Culture

Galway has been named European Capital of Culture 2020 at a ceremony in Dublin. Limerick and the ‘Three Sisters’ region of Kilkenny, Waterford and Wexford had also competed for the title. Galway receives a prize of €1.5 million from the EU and will jointly hold the Capital of Culture honour with Rijeka in Croatia.

‘I cannot imagine what we would have done if we hadn’t won! There are 2,000 people on the streets of Galway watching live and they’ve all done so much – we were here representing them, it’s for the city and county of Galway and we’re going to deliver the most extraordinary Capital of Culture Europe has ever seen. We’ve got this!’

When asked about Galway’s preparations ahead of 2020, Daly replied:

“We’re ready to go! We’ve already started – we’ve done nine pilots on some of our projects. Everybody from Druid to Macnas to the music hubs to Athenry 2020, they were just waiting for the green light and now they’re ready to go.”

In Galway more than two thousand people turned out to hear this afternoon’s announcement at a specially erected big screen on Mainguard Street in the city. 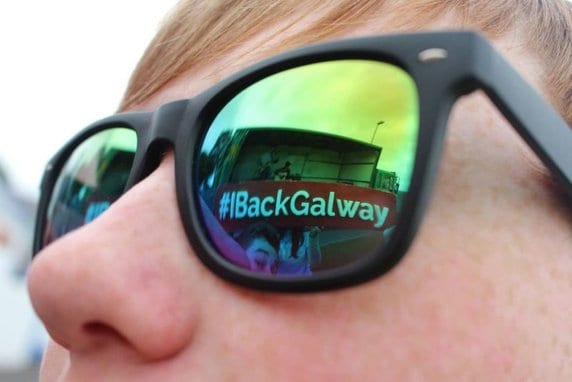