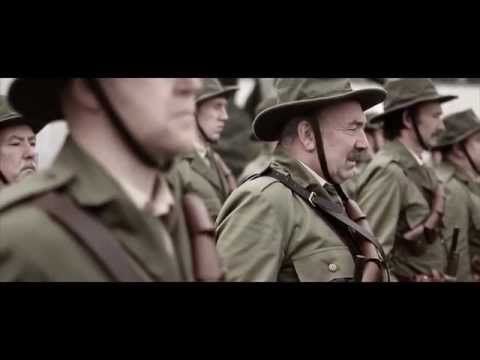 Galway, UNESCO City of Film, is commemorating the 1916 Rising with an exciting programme of seminal Irish Cinema and landmark television events to take place over eight Saturdays throughout 2016. This programme, called 100 Years of Cinema, will take the form of one-day events, roughly one Saturday per month, to include screenings, debate and lively discussion of the development of our national identity and our national cinema over the past one hundred years. Each event will be themed and programmed by a different guest curator, beginning this month with Gar O’Brien, Programmer, Galway Film Fleadh.

Gar will explore the theme of The Rising on Film on Saturday 20, February in An Taibhdhearcwith selected screenings and discussion. At 2pm Mise Éire (‘My Ireland’) will be screened. The film has held an iconic status in Irish cultural history since its release in January 1960. Mise Éire was actually the first Irish feature-length film that utilised an orchestral soundtrack, a specially commissioned score by Seán Ó Riada, but its renown also rests on its director’s then relatively novel technique of recounting historical events entirely through existing archive material. The film is a stirring chronicle of Ireland one hundred years ago and contains newsreel camera footage of critical developments during the Easter Rising.

This will be followed by the documentary, Curious Journey at 4pm. In 1973, Kenneth Griffith, the renowned documentary maker, gathered together a group of nine veterans of the Irish Rising. Almost half a century after the terrible events they lived through, this highly diverse group – branded terrorists by the British in their youth  – gave their own vivid account of what it was like to live through those turbulent times. This emotional film is a powerful and heartfelt testament to nine brave men and women who risked their lives for their country as well as being a first hand historical record.

The film will be followed by a discussion on how the Rising was captured and portrayed on film with Dr Kevin Rockett, Professor of Film Studies, Trinity College Dublin and Dr. Conn Holohan, Huston School of Film and Digital Media and will be chaired by lecturer in Film Studies, Patsy Murphy.

Finally there will be a 7pm screening of David Lean’s cinematic masterpiece, Ryan’s Daughter. The film is set in 1916 and is arguably the most visually impressive film ever made in Ireland. In keeping with his distinctive epic scale, the production was famously long and drawn out while the meticulous director waited for perfect weather conditions for his many and spectacular outdoor scenes, leading actor Robert Mitchum to comment that working with the director was “like constructing the Taj Mahal out of toothpicks.”

As a added bonus at 12pm on the afternoon of Saturday 2oth February there will be a special UNESCO City of Film free screening of Man of Aran (1934) with a new soundtrack by UK Indie band, British Sea Power. This haunting new score uses guitars and modern sounds to add a new dimension to this highly influential documentary, which the British Film Institute recently listed as one of the top ten most important documentaries of all time.

Tickets, €5.50 per film and €15.00 for the full day, are available from An Taibhdhearc at ticketsor on 091-562024. Details of further upcoming 100 Years of Cinema events at www.galwayfilmcentre.ie.