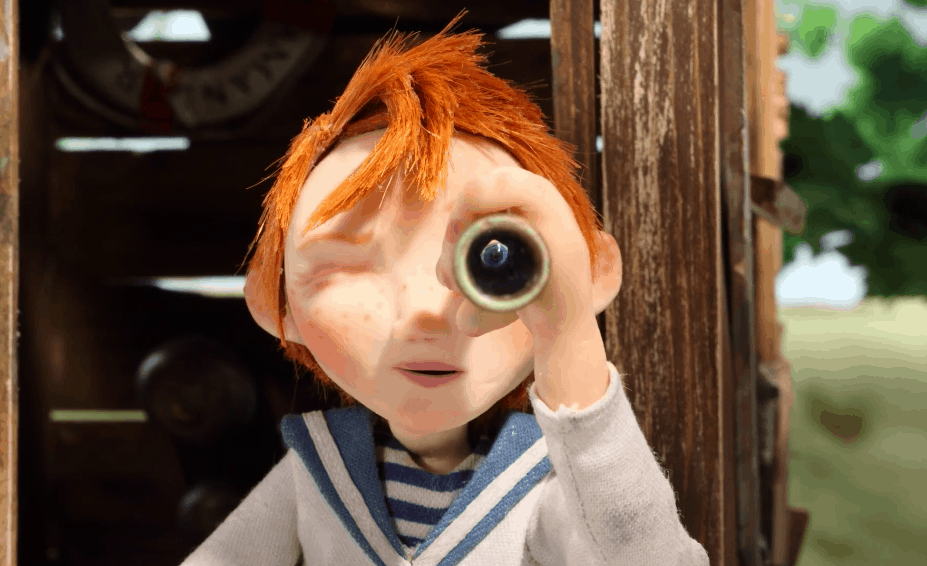 After six years in the making …… Telegael are delighted to introduce you to Captain Morten and the Spider Queen!

Telegael’s latest feature film Captain Morten and the Spider Queen is the first ever stop motion animated feature film produced in Ireland. It tells the story of a boy who builds a toy boat only to find himself sailing in it together with a crew of insects.

The film is the brainchild of Kaspar Jancis, winner of the Cartoon D’Or for his short film “Krokodil”. Jancis is a writer, musician and animator and this is his first feature film. To put himself in the right frame of mind he roughed out the storyboard on a boat from Rotterdam to the Antarctic. He disembarked at Tristan da Cunha by which time he had finished the storyboard.

“We are delighted that ‘Captain Morten and the Spider Queen’ will be the first stop motion animated feature produced in Ireland” says Telegael CEO, Paul Cummins. “It is a terrific story played out with amazing characters and stunning visuals and features an all Irish cast. The film is bursting with fun and adventure with some comedy thrown in as well. We are looking forward to seeing Captain Morten and his crew inspire, entertain and engage audiences around the world.”

“It’s quirky and original”, says Producer Robin Lyons of Calon, “but at the same time it’s most definitely a family film. It’s a rites of passage film with some fantasy twists and imaginative visual elements. It’s moving, it’s adventurous and at times it’s very funny.”

The film is directed by Kaspar Jancis, former winner of Cartoon d’Or and is a co-production between Ireland, Estonia, Belgium and UK.

You can view the official movie trailer at: https://www.telegael.com/blog-1/2018/5/4/captain-morten-nd-the-spider-queen-official-trailer

For any further information on the film see: www.telegael.com