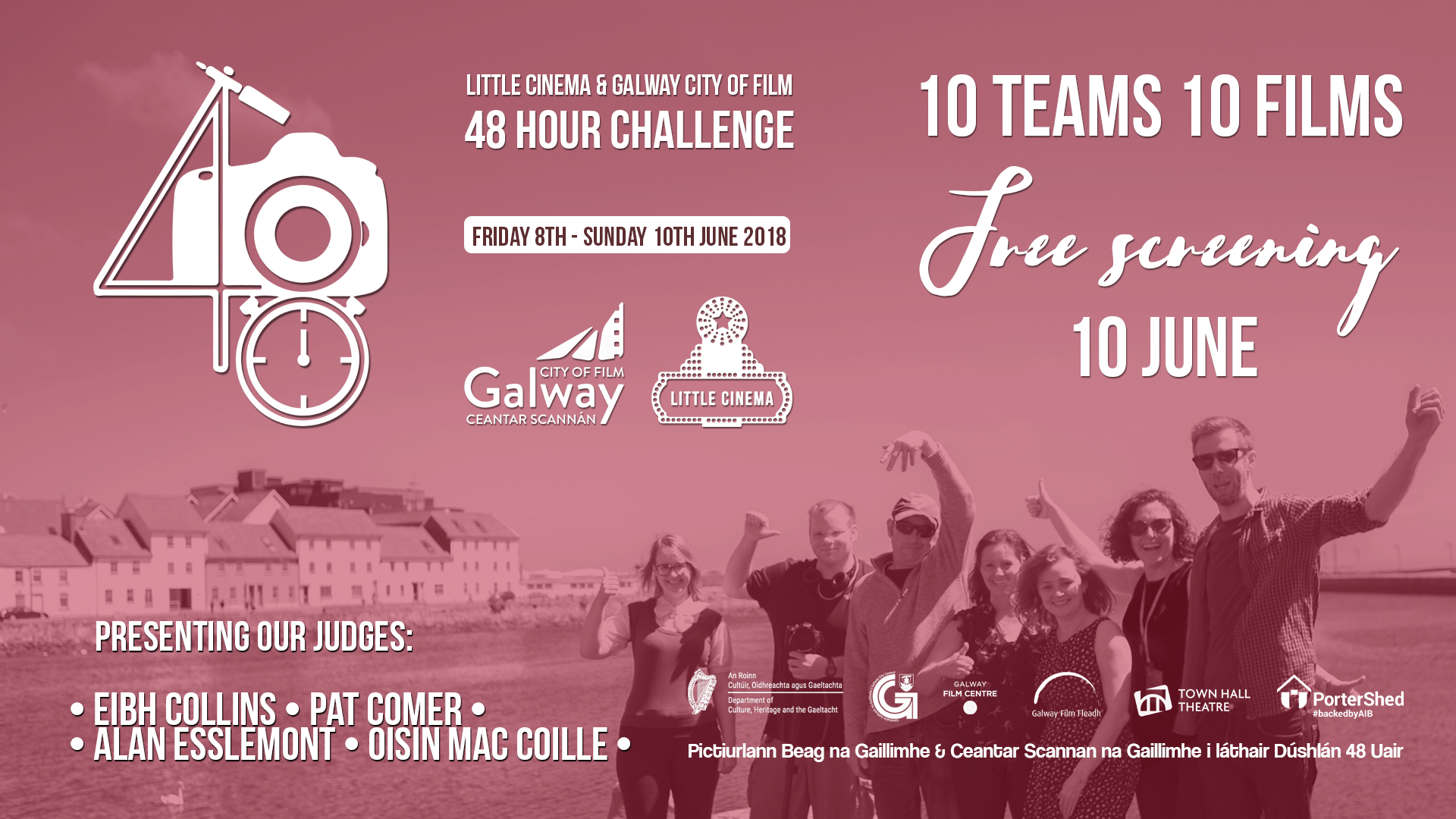 Galway City Arts Officer James Harrold will help launch the 48 Hour Challenge at 7pm on Thursday 7th June in the Portershed where each of the ten registered teams will be announced and the public are welcome to attend and cheer on the teams. The Portershed will then also act as the headquarters of the challenge for the duration of the weekend.

Galway’s Town Hall Theatre will host a special FREE public screening of all completed films on the evening of Sunday 10th June at 7pm. The winning film will claim a cash prize of €500 and earn a slot at this year’s Galway Film Fleadh. There will be a line up of wonderful judges; Eibh Collins (short film programmer and festival manager), Alan Esslemont (chief executive TG4), Oisin Mac Coille (director) and Pat Comer (documentary maker).

This screening is FREE to attend but tickets need to be booked at either thelittlecinema.com or www.galwaycityoffilm.com

Galway City of Film worked in partnership with Little Cinema Galway to first develop the first 48 Hour Challenge in Galway in 2017. The inaugural filmmaking event took place across Galway City & County in June 2017, 80+ filmmakers took part over 48 Hours with 10 short film produced. The FREE public screening of the 10 completed films had a sold out audience  in the Town Hall Theatre. The selected winning film ‘THE POSTCARD‘ by Liza Bolton and the team ‘Hasty Fellows’ has screened at the 2017 Galway Film Fleadh and has now been selected to screen on Aer Lingus transatlantic flights during August / September 2018.

Do join us to meet this years teams and to see Galway on film!

The Little Cinema and Galway City of Film 48 Hour Challenge kindly acknowledges the support of the Department of Culture, Heritage and the Gaeltacht