The Little Cinema and Galway City of Film 48 Hour Challenge (Challenge) returns this August for its fifth year!  Up to 10 teams from all over the country will compete to write, shoot and edit a 5 minute film in just 48 hours for the chance to be crowned Best Film and scoop the main prize of €500 plus custom made hoodies, sponsored by TG4.

The Challenge will begin with an online launch on Thursday 26th August, at which team captains introduce their team members and importantly find out what genre they need to make their film in. They will also be given a line to incorporate and a prop to include in their film just to keep them on their toes! 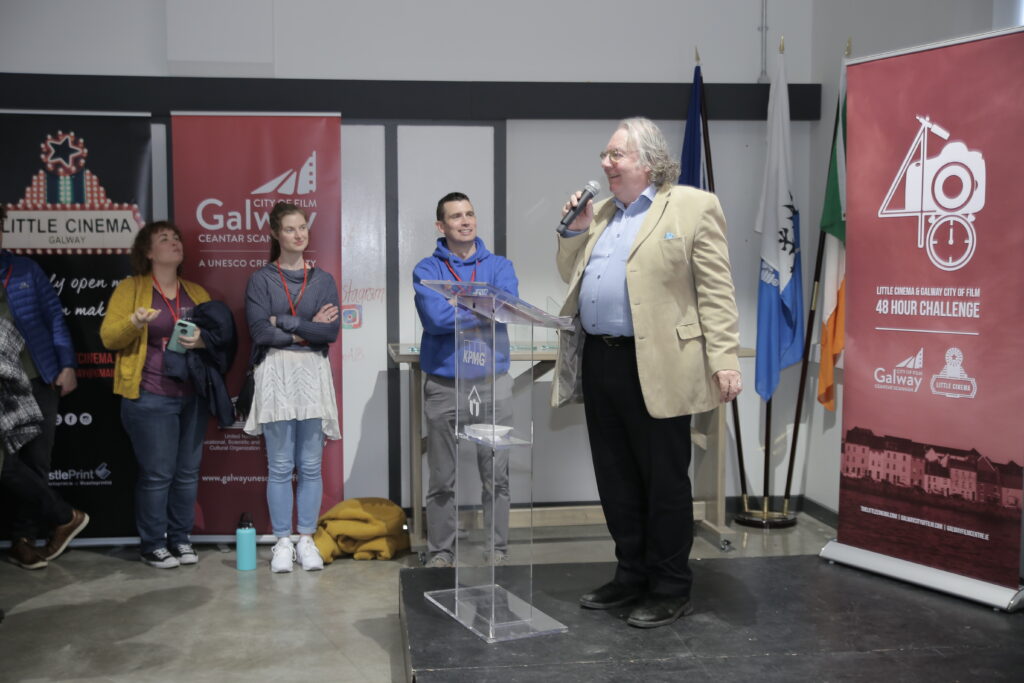 The Challenge kicks off at 9am on Friday 27th August and the teams will have just 48 hours to make  and deliver their film to the Little Cinema & Galway City of Film team by 10am on Sunday 29th August. The films will be assessed by a team of independent judges who will award the prize for Best Film, as well as Best Cinematography, Best Editing, Best Actor, Best Actress, Best Use of Prop, Best Use of Line and Best Special Effects.

The Challenge will culminate in an open screening of the films that will take place online via Live Stream at 7pm on 29th August 2021 with each team captain joining to introduce  their film to the public audience.

Entry for the Challenge is free, with a refundable deposit of €50 taken to book a teams place. If you are interested in taking part, contact littlecinemagalway@gmail.com to register your interest and get the application form. Teams must be available for the weekend of 26th – 29th August to take part in all aspects of the Challenge.

Each team must have a minimum of 2 members but we encourage collaboration and welcome teams of 6-10 people. We advocate for gender balance, diversity and inclusion of those underrepresented in the film industry across the teams who apply for the Challenge and ask that you endeavour to apply this in your team planning process. Applications close on Wednesday 11th August. 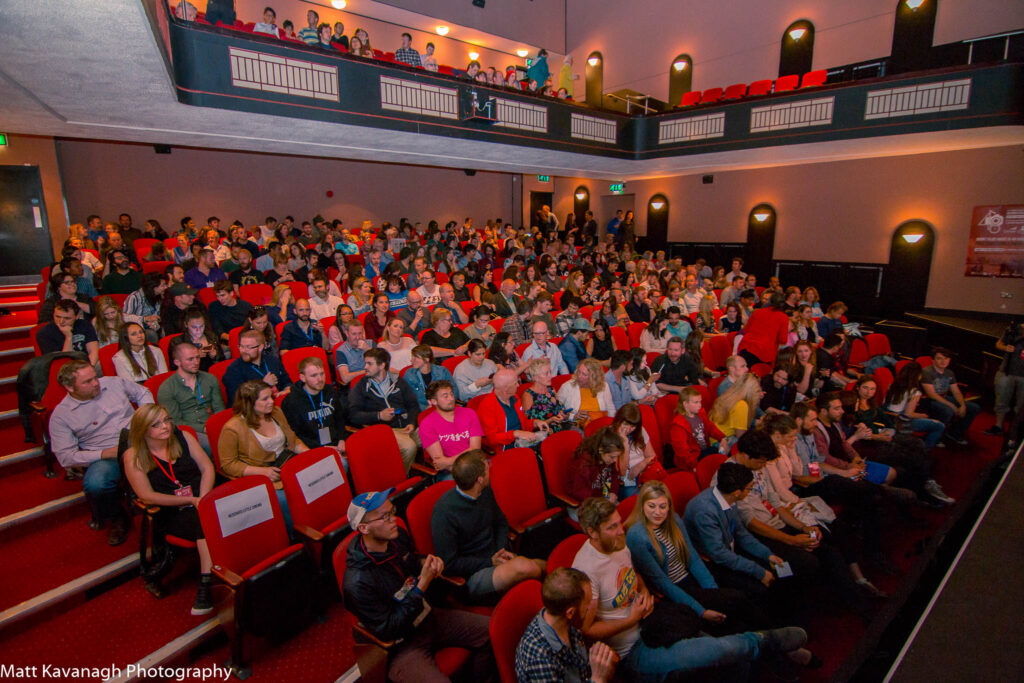 2021 marks a milestone   fifth year of the Little Cinema & Galway City of Film 48 Hour Challenge and to celebrate  there will be a special Live Stream on Wednesday 4th August chatting with the previous winners and other participants of the Challenges to get their thoughts and advice for those taking part this year. Past winners include Liza Bolton’s film The Postcard (2017), Conor & Ronnie Quinlan’s film Connection Interrupted (2018), Conor & Jamie Hoopers’ Loving Alex (2019) & House of A Thousand Eyes (2020). 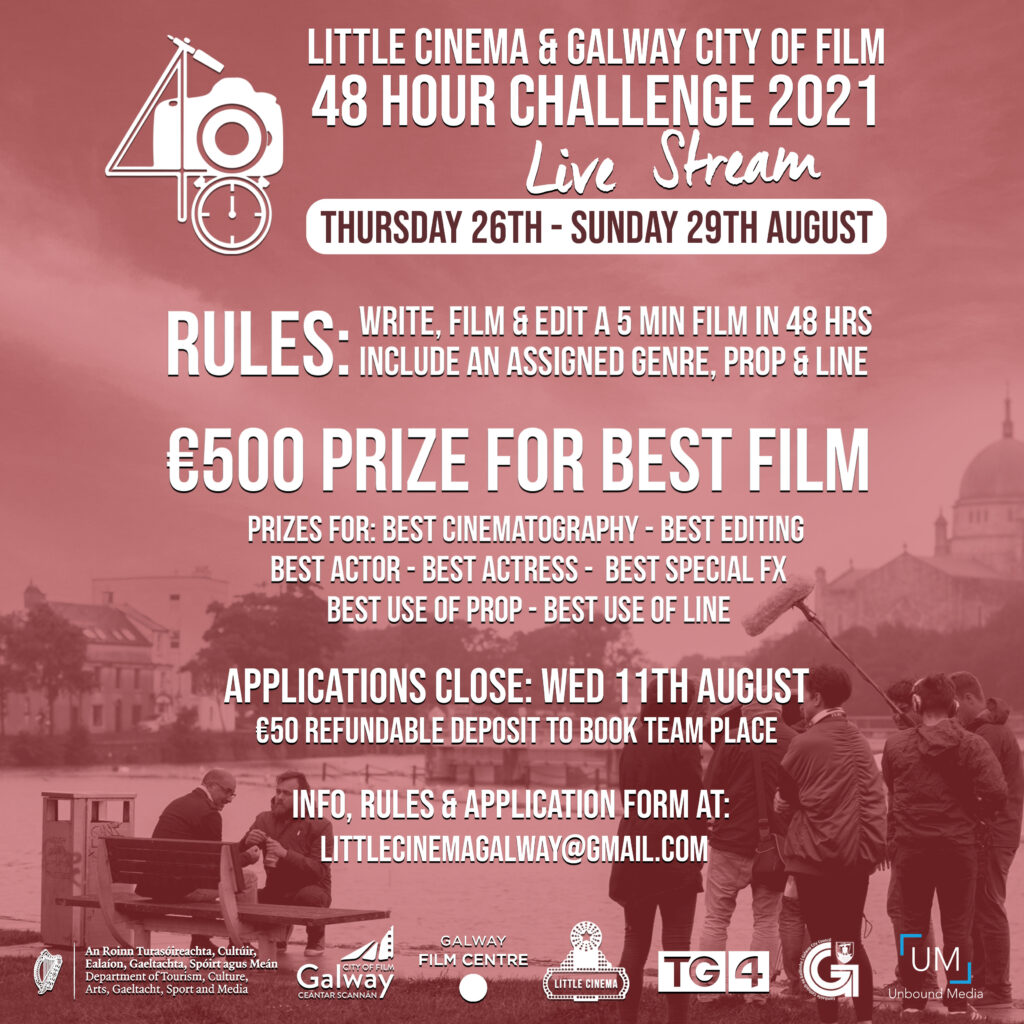